Two of music's most iconic voices of our culture, have joined forces to bring us the Powernomics Tour. Nas and Ms. Lauryn Hill are on the road blessing us with their classic hit's and Ms. Hill's remixed versions of her own timeless hits. Can you imagine meeting your favorite male and female rappers and lyricists, in the same day? Yea neither could I, but it went down and it was everything I imagined. Anyone that knows me knows how much of a Nas Stan I am, like he's literal 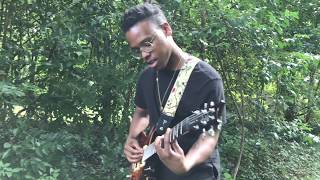 Check out my latest interview with the southern belle Robin Martéa. From Mobile, Alabama, the conceptual artists now resides in Jackson, Mississippi, pursuing her dreams. Fresh off her first successful exhibition in the nation capital, Robin continues to push forward, creating art work with the aim of evoking and spreading hope. Watch the full length interview below and dive inside the mind of an artist. Check out her site as well www.RobinMartea.com #robinmartea #robinjoh

Dapper Dan Speaks at The MoMa

If you've been immersed into hip hop culture, been to Harlem, or into fashion, it's very likely you've heard of legendary Dapper Dan. Born Daniel Day, Dapper rise began in Harlem, New York. After wanting to escape the street life, he opened a store in Harlem and became known for dressing all the hustlers, rappers, and stars by customizing garments made with designer fashion fabric such as Gucci or Louis V. In this video I recorded most of Dan detailing his story. Talking a

As you know podcasts are popping up all over the place and it may get overwhelming attempting to choose one which best suits you. With topics ranging from news, sex, food, sports, politics and more, you can quickly find yourself overwhelmed with audio. Well luckily I've stumbled across a dope Charlotte, NC based podcast entitled "The Front Porch NC" hosted by BasicallyiBlog Tah and Bearded Jay ...two West Charlotte graduates giving their perspective on many topics. I was h

SZA came to Charlotte and it was everything I knew it would be. The city was out and the vibe was electric, you could feel the love in the air. SZA dropped her debut album "CTRL" (Control) and it was easily the best project of Summer 17. As a young black man, this was yet another moment when I realized music transcends gender. Like, I literally vibe to "20 Something's and "Normal Girl" like I'm not a grown man. So when the tour for this album announced, I had to be there.

To kick off fall, I was blessed with the opportunity to visit the ancient city of Rome.  For along time I've been drawn to the allure of ancient Roman and Greek history.  Dabbling in greek tales such as Hercules, Achilles and The Odyssey before I eventually leaned towards Nubian and African History.  The Roman Coliseum in Italy has long been on my bucket list to visit. #rome #Italy #ablacktv

Kung Fu Kenny is on a tear this summer and fall with his electrifying DAMN TOUR following the critically acclaimed "DAMN" Album...during his stop through Charlotte, I had the chance to sit with the man, many are calling the greatest current rapper. The show began in true Kung Fu fashion with a short film, to a nearly sold out Spectrum Arena. The crowd knew every word as Kendrick's electrifying energy emanated throughout the arena as if it was his first stop on the tour. He

Hometown Hero Elevator Jay returns with a new Album Ain't Nothin Finer. You can't rush great art, and after laying low for a while, the Charlotte MC releases a soon to be new Carolina classic. No artist seems to capture the true essence of black Charlottean like Elevator. The tracks paint pictures of life on the westside amongst the beautiful struggle. #newsingle #elevatorjay #aintnothingfiner #permanentvacation #ablacktv #theriver #strangerday #Charlottehiphop

Charlotte Born Artist Lute drops a new track.. "Juggin is about finessing your way through struggle .. not letting people or struggle define who you are but letting the fight within you show you what's real.. towards the end you kind of realize that figuring out what your goals are is far more important than worrying about who's going to hold you down.. if you haven't peeped yet give it a listen" - Lute #lute #juggin #ablacktv #Charlottehiphop #dreamvilleartist #newsingle

Who's Behind The Blog